What I wore Saturday night out.

So my past weekend was pretty chill. I didnt party or anything for once! Just laid back with my friends and had a fun time.

Friday I hung out with my friend Mariah, then we went to this guy Bundys apartment complexes and chilled outside his house with our friends. After that we took our two friends Chris and Kyle with us to this guy Johns house. Where we met up with Phylisha, Lauren, Tim, and then everyone who lived at Johns. We just chilled there, eventually Mariah and them left, I stayed, and went home around 3.

Yeah, they were drunk hahah.

Saturday, I hung out with my friends Neggeen and Zac for a long time while we waited for Phylisha and Lauren to wake up. Once they did they picked up Tim and met up with us at In n Out. After that we went to Johns house. Hung out there, listened to music, played a lil Xbox hahaha. After that we all went to Ihop because we were so hungry! Hahaha. Zac and I got milkshakes, and Neggeen got the "endless pancakes" hahaha $20 for however many you want + a meal. We all ate that, and after the first round the lady tells us we cant share it with everyone, which totally blowed! We were pissed hahaha. So we left. After paying of courseeee :) Haha.
And we all just went home, which ended in me finally getting to bed at about 6 a.m. Ha!

Posted by tenisharayshel at 8:22 PM No comments:

we were so violent and young 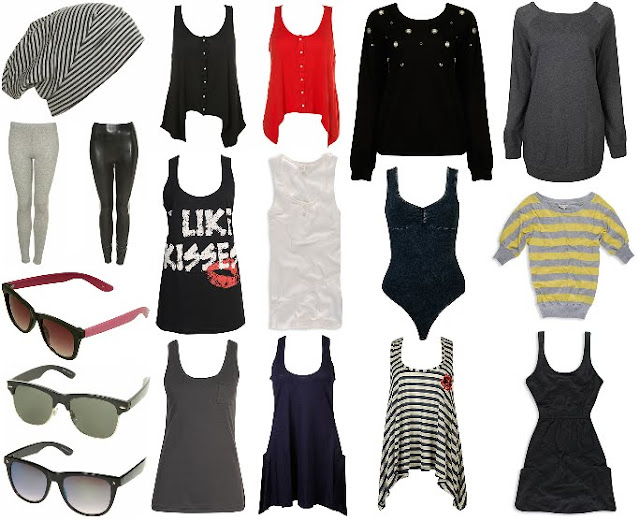 I want all thisss :) The simple things go a long way..
Forever 21 // Missselfridge.

Posted by tenisharayshel at 4:51 PM No comments:

I cant wait for thiiiiissss !

my body rocks the rhythm

So last weekend was filled with dress up parties! I coulda swore Halloween was moved to last weekends dates, hah.

Anyways. Friday was a cowboy & indians dance party. I had waited for hours on figuring out if I was going there or to the mutual friends house. After figuring it out the mutual friends house was having a birthday party for someone we did not know, my friend Mariah and I ended up following my friends Phylisha and Lauren to another friends house. We thought they were having a party, but upon arrival everyone had left to the cowboy & indians party. By this time I had received two texts for other parties, but Mariah had to go home. So my Friday night wasnt what I expected it to be, at all, but it was still cool to kick it for a while.

So on Saturday there was an "animal party" at a friends house, and a party at Club 21 called Risque they have every month. The animal party was a party where you dress up as an animal. Kinda fun ahah :] At Risque, these 3 local DJs host and DJ it. I havent been since I'm 17, but I used to attend their parties all the time because they used to have them at houses. But since they would always get shut down, they moved to a club which is only for 18+. Sucks.  My friend did say I could use her ID though, since we look alike, but I just ended up going to the animal party, which was pretty fun. I met some new friends, got to dance just a bit, and spend time with all my girls which hasnt happened in a while.

Andddd on Sunday, well, I got to go out because we had no school Monday! Haha. My friends and I went to "hpp", which stands for Harry Potter Party. Ahaha. Yes, sounds lame, I'm not sure why it was called that though because the party had nothing to do with that. Anyways. All my close friends were there. It was more like a kickback, but I had alot of fun socializing and dancing around :]

Posted by tenisharayshel at 3:49 PM No comments:

Posted by tenisharayshel at 11:33 PM No comments:

I do it at the boys n girls club! Fuuuuuuuuuun.
Haha.

Posted by tenisharayshel at 1:26 PM No comments:

So on my last Saturday (Jan. 9th) of Winter Break we had to make it AWESSOMMME! So we were headed out to this Elk Grove party, when this girl Linda sent us a bunch of texts to hecka other parties! Haha. We ditched the Elk Grove one and went to a Frat Party in Woodland! It was soo packed and pretty crackin' but we didnt know anyone there. So we left. We were headded to another college party in Davis, buuuut, all of our friends were back in Natomas at the mutual friends house. By the way his name is Curtis. Oh! And this girl we know named Sabrina lives there too. So anyways, we just headed back there. It was pretty chill. Friends were just dancing to Chris' DJing and it was just real laidback with all the closest of friends there. Some of us got real hungry while being there haha so Mariah took us to Mcdonalds. Before going we danced it out a bit to Metric on Mariahs kickass Firebird car! When we got to Mickeys their milkshake machine was broken! which sucked! But they had Vanilla ice cream? So I asked them to just dump that into a cup haha. I had it with french fries . It was pretty bomb... After that, Phylisha Lauren Natalie and I  were  headed back to my place when we ran into Phylishas super old friend Johnny on the road haha. He invited us over to his house with all his friends and we just chilled in their garage for what felt like forever. Then they showed us Johnnys camera collection, which was pretty tight. We stayed there til like 4 then headed on home. I would say the night was pretty successful :]

Posted by tenisharayshel at 7:34 PM No comments:

My friend Natalie had a birthday party on the 8th. It was super fun! I woke up and went to the hospital. Then went to the mall with my friends Neggeen, Nikkole, and Tyler. We got Natalie some presents and then headed over to her party. I brought her brownies too! They were super yummy, haha. After her party I went with Phylisha, Lauren and Tim to a beerpong party. It was this guys party that went to my school. So random! He had already graduated, he remembered me though so it was all goood. After that we went to another party, where the guy throwing it remembered me too! Hahaha. Then there was more beer pong there. After those 3 semi-party kickback type thangs, I went and stayed the night at Phylishas! I havent been to her house in soo long. I had fun though, even if I did fall asleep quite fast. I was so tired! (:

Posted by tenisharayshel at 7:28 PM No comments:

My two big bros came over unexpectedly! They haven't been over in forever so I was so exciteddd to see them at my door. Hahah. They aren't my real brothers, but they are basically family to me and mines! On the left is Josh, and on the right is Anri :] Two cool facts about them... Josh is gay, haha, and Anri is from Bosnia! Cool ey? Oh and in the back is our friend Nick. He came over as well. Haha.

Posted by tenisharayshel at 7:07 PM No comments:

My friends Lauren and Phylisha came to pick me up at like 1 A.M. because they were so bored! Haha. We had absolutely nothing to do so we went and picked up our friends Tim and Natalie. We WERE gunna go ghost hunting, ahaha! But instead we just went to Super Walmart, which isnt the greatest, but it gives you alot of things to look at and play around with. Ahaha. Of course we looked at the phones and all the electronics...with escelated to pressing the play button on the tinkerbell movie, which played on like 10 screens. Ahaha. Then we went and played in the toy section for a bit, butting heads with helmits, riding bikes, and dancing around. Then we ended up getting in the cosmetics and book sections. In the end all that was bought was some Pockey by Natalie. Haha! Phylisha and I laid in the street after looking for Laurens car forever, after walking Natalie to her apartment door. Lol. She wanted to show me how it makes you feel like you have no control at all, which it totally did! If a car had came around the corner we totally would have died... Ha! In the end it was pretty chill, and we all got dropped off, and I went straight to bed around 4 in the morning :]

Posted by tenisharayshel at 6:24 PM No comments:

On the 2nd, my friends and I went to this girl Rachels party.
It was cool and all, buuuuut I think I had more fun on the car ride there than at the actual party.
Hahah!

Posted by tenisharayshel at 6:08 PM No comments:

For New Years I went to a Rooftop party with my friends! It was super fun and we danced the night away. When it hit 12 we screamed and cheered, kissed and hugged right on into the new year! It was really fun. At about 1230 we peaced out and went to a mutual friend of everyone's house and danced even more there! Once everyone ended up there it was a lot of fun and I was thankful to have spent the intro into my new year with all my closest friends at a fun place for everyone!

Posted by tenisharayshel at 5:46 PM No comments: